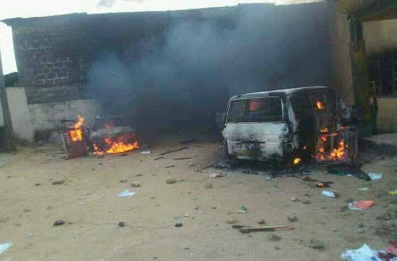 The city of Aba, the commercial hub of Abia State was on fire today as unidentified persons in the early hours of today attacked the Ariaria Police Divisional Headquarters and burnt it.

Most markets in the city and other businesses have been closed and people stayed in their homes as youth unrest spread round the city like wild fire following rumours that went viral in the wee hours of today that soldiers burnt houses and killed some residents of Umuode near Aba and its environs.

Information about the attack as at the time of filing the report was sketchy, although sources said that there was no casualty.

It was gathered that following the attack, security has been beefed up at the Aba Area Command Headquarters and other Police Divisions in the commercial city. The Area Command headquarters was cordoned off and vehicles were not allowed to enter the adjourning roads. Hmmm. 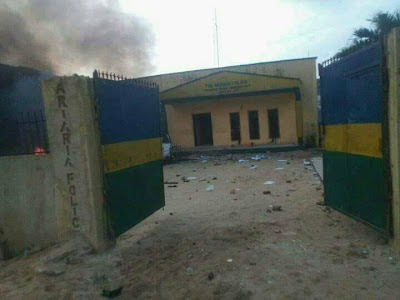